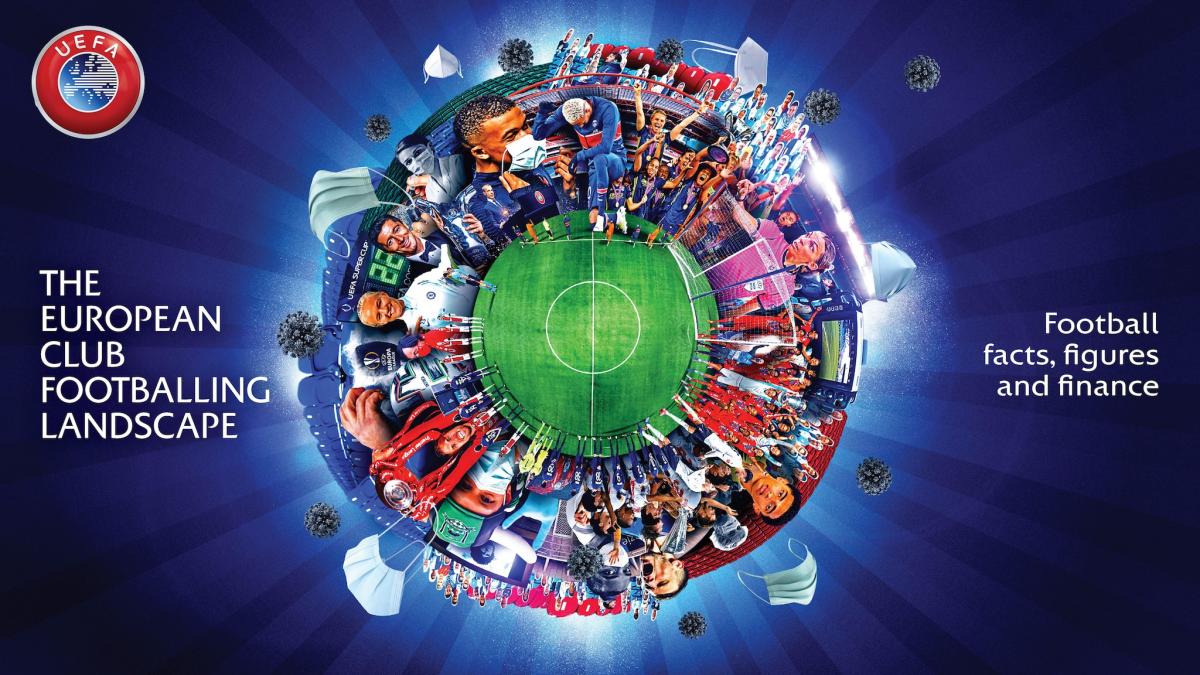 The report shows that clubs across all tiers of European football are forecast to miss out on €9 billion of revenue in the 2019/2020 and 2020/2021 financial years.

In the report foreword, UEFA President Aleksander Čeferin said: "In last year’s report, I said that European football was strong, united, resilient and ready for new challenges. But no one could have predicted that we would have to face the biggest challenge to football, sport and society in modern times. However, thanks to almost a decade of financial fair play regulations, before the outbreak European football could hardly have been in better financial shape."

As this report shows, top division club revenues had surged: with annual growth of 8.2%, the 711 top-division clubs added €1.9 billion to their revenues in 2019, while operating profits were the second highest ever recorded and club cash reserves and balance sheets were the strongest on record.

The report shows in granular detail just how destructive the pandemic has been to club finances. But it also shows how European football worked together to avert a greater crisis. UEFA together with domestic cup and leagues completely restructured the competition calendar in 2020. With the EURO postponed and UEFA club competitions delayed, 38 top tier European leagues were able to conclude their 2020 season with all leagues able to start the current season. This saved clubs an estimated €2 billion in additional domestic TV contract penalties and rebates.

The successful return to play protocol has enabled UEFA to organise 1,432 matches with 163,844 COVID tests since the pandemic struck. More than 99% of matches have been delivered as planned.

Deep stakeholder cooperation enabled the global transfer window to be extended and Financial Fair Play rules to be adapted. So far this has prevented any contagion in the settlement of transfer debts.

Nonetheless, the report shows that the current projection of lost revenues across the 2019-21 period is €7.2bn for top tier and €1.5bn for lower tier professional football. Every level and every corner of professional football has been hit hard. Clubs with heavy reliance on supporter attendance are particularly impacted by the pandemic.

The impact of the pandemic on the transfer market is also explored in detail in the report. It shows that European clubs’ transfer spending in the summer of 2020 was down by an estimated 39% on the record summer 2019 window, and down by 30% on the average for the previous three summers.

Elsewhere, the report documents the current season and looks to the future. Despite the pandemic leading to 210 million fewer matchday supporters, overall interest in European club football remains higher than ever. Record television viewing figures, record numbers of new club investors and investment, and a rebound in club web traffic are all referenced in the report.

On a lighter note, the report analyses tens of thousands of matches to document a significant decrease in home wins, from 45% pre-COVID to 42% post-COVID and identifies other trends such as notable decreases in away team yellow and red cards.

Aleksander Čeferin said: "The whole football ecosystem, professional, amateur and youth have been heavily disrupted by the pandemic. This requires deep co-operation and a co-ordinated response across the football pyramid. Solidarity, not self-interest, must prevail and will win the day.

"This report clearly shows that we are now operating in a new financial reality, and it is becoming clear that our current Financial Fair Play regulations will need to be adapted and updated. Financial sustainability will remain our goal, and UEFA and European football will work as a team to equip our sport with new rules for a new future."